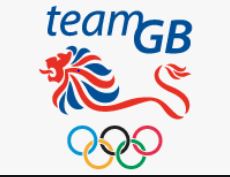 Perry Hall had the amazing opportunity to be visited by a Team GB athlete to give a growth mind set assembly and individual workshop to years 1 – 6.

Ellis Greatrex, who is a team GB 400m sprinter, has won Bronze and Silver medals in his respective event, competing for Great Britain – Team GB.

The day began with a whole school assembly where Ellis introduced himself to the children, spoke about his career and his achievements. The children loved hearing about his medals, as well as getting to handle and wear them! This was a great  inspiration for our budding future athletes who have  developed the drive to win medals of their own.

Ellis spoke in depth about his career, his achievements, but also about the injuries which halted his career. This provoked some discussion amongst the children about barriers they have overcome which they loved sharing with their peers. It was amazing to see Perry Hall’s  core values being discussed and demonstrated during the assembly.

Later that day, the children were given a coaching session which involved a tailored circuit. The children took part in warm up activities such as start jumps, heel flicks, high knees and criss-cross legs. The children were immersed in the lifestyle of an athlete and how their training and sessions play out.

Overall, the children loved the opportunity to see how an athlete’s career starts and develops. They discussed the hard work, endeavour and motivation it takes to make it to the highest level of competitive athletics and sport.

The whole day was also a sponsored event – Thank  you to our children and parents/ carers for raising £1900! The money raised has been sent to support  Team GB and a small proportion will be given back  to school for sports equipment. 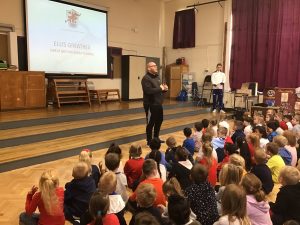 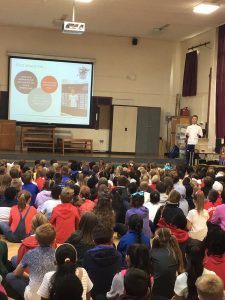 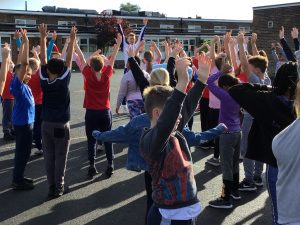 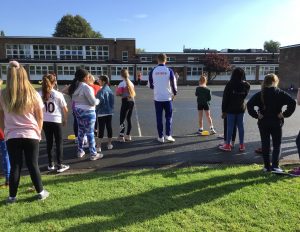 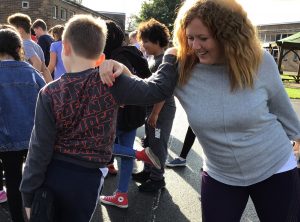 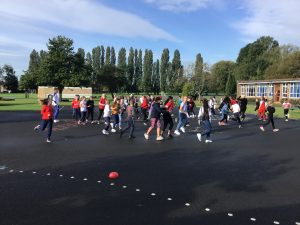