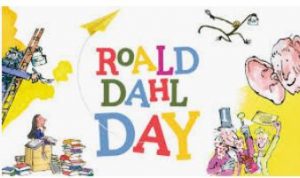 At Perry Hall Primary school we celebrated the birthday of famous children’s author Roald Dahl in style. Everyone came to school dressed as their favourite Roald Dahl character from Fantastic Mr Fox to Willy Wonka.

As part of our ‘One School, One book’ approach, all year groups read Roald Dahl’s Revolting Rhymes: The Wolf and Little Red Riding Hood.

Year 1 created wanted posted aimed at helping the capture of the Big Bad Wolf. The children were asked to draw a picture of the infamous wolf and write a short sentence to accompany this.

Year 2 looked at alternative tales and used this to create a wanted poster for Little Red Riding Hood. This allowed them to focus on their descriptive language.

Year 3 wrote police incident reports in their quest to make sure that the wolf was brought to justice.

Year 4 wrote detailed wanted posters aimed at ensuring the public new about the severity of the Big Bad Wolf’s crimes.

Year 5 wrote a diary from the perspective of Little Red Riding hood. All of the children used this opportunity to focus on their figurative language.

Year 6 used this poem as inspiration for writing their own alternative fairy tales. All of the children wrote an alternative ending to Little Red Riding Hood, many from the perspective of the wolf.

The day was thoroughly enjoyed by all, reminding us all why at Perry Hall we love reading! 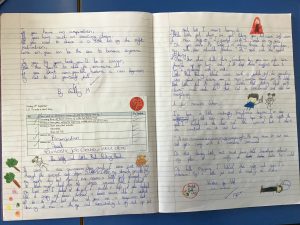 We use cookies on our website to give you the most relevant experience by remembering your preferences and repeat visits. By clicking “Accept All”, you consent to the use of ALL the cookies. However, you may visit "Cookie Settings" to provide a controlled consent.
Cookie SettingsACCEPT ALL
Manage consent

This website uses cookies to improve your experience while you navigate through the website. Out of these, the cookies that are categorized as necessary are stored on your browser as they are essential for the working of basic functionalities of the website. We also use third-party cookies that help us analyze and understand how you use this website. These cookies will be stored in your browser only with your consent. You also have the option to opt-out of these cookies. But opting out of some of these cookies may affect your browsing experience.
Necessary Always Enabled
Necessary cookies are absolutely essential for the website to function properly. These cookies ensure basic functionalities and security features of the website, anonymously.
Functional
Functional cookies help to perform certain functionalities like sharing the content of the website on social media platforms, collect feedbacks, and other third-party features.
Performance
Performance cookies are used to understand and analyze the key performance indexes of the website which helps in delivering a better user experience for the visitors.
Analytics
Analytical cookies are used to understand how visitors interact with the website. These cookies help provide information on metrics the number of visitors, bounce rate, traffic source, etc.
Advertisement
Advertisement cookies are used to provide visitors with relevant ads and marketing campaigns. These cookies track visitors across websites and collect information to provide customized ads.
Others
Other uncategorized cookies are those that are being analyzed and have not been classified into a category as yet.
SAVE & ACCEPT